Kentucky - Home of the Derby and Chicken

Kentucky is a pretty place. We rented a car, drove around, got in trouble with the car's GPS and generally enjoyed our trip to Kentucky. We stayed near the capitol city of Frankfort, it's an old city that is working on renovation. I'm happy to say Ron got turned around a bit driving through the city; which means we saw the capitol building at least three times. Once from the front, the second time from across the river, and the third time when we drove under it through the parking garage. Capitol parking is under the Capitol grounds - interesting.

Unfortunately, only the restaurants were open. I guess the holiday just lingered for them.

Our trip was enjoyable, there are few words to explain leaving Seattle in the snow and going to a place where it was warm, breezy, and dry. We were not really ready to return to the snow. To
be honest, we both groaned when we flew into the Seattle and saw that there was still much snow on the ground. Ick. I used to like snow - no more!

About the GPS - it was a weekend special and came with the car rental. We would never have chosen it, but since we had it, we used it. We set it up on the dash, and programed where we wanted to go and watched it. It was better than a computer game or video game. You were signified by a cool truck with big tires and every move you made was mimicked on the GPS. The only thing is - it's real time driving which means you should be watching the road, not the toy. Ron almost ran a red light before I took it away from him.
Posted by Donna at 4:05 PM 1 comment: 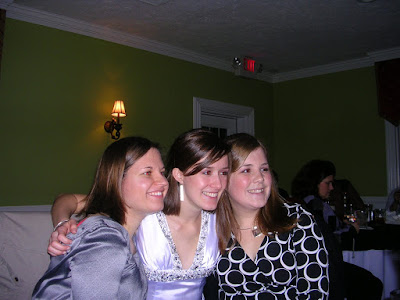 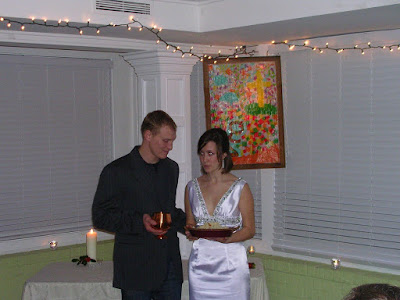 Going to Kentucky to be with Brandy for her wedding was a dream come true for many reasons. It was so wonderful to see Brandy, Steph, and Andrea again. I missed them so much and now so much more. Another reason we enjoyed Kentucky so much - it was like a heat wave there, temps in the 60's and NO SNOW! 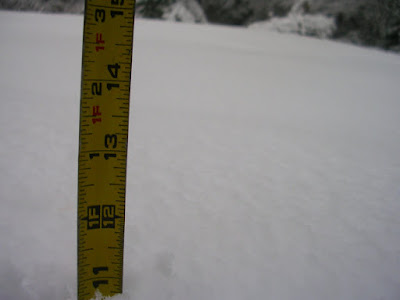 This was not the final total, but I found it fascinating to try and see how much there was at the half way point. The difficult part of snow in Western Washington is that it doesn't stay long. This did stay longer than usual, but it still has to rain. And then the snow puffs up with moisture before going away. We still have snow in our front "yard" but most of it is gone - FINALLY!