It's a bbbbbbbbear in my front yard 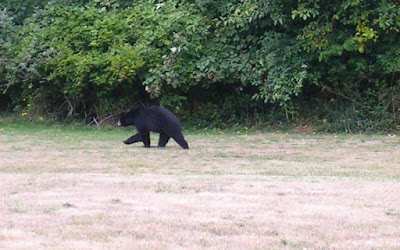 A friend asked me what my favorite moment of Joe's wedding was - what a lot of thought it required.

One moment, Johanna began her walk down the path to the wedding arch across the green orchard and the eagles began to circle.

One moment, Ron dances with Johanna

The wedding was beautiful and you can see the pictures at www.picasaweb.google.com/daltons1980 in the file Joe's wedding
Posted by Donna at 8:56 PM No comments:

Joe's wedding was sooooo nice - from her dad saying "let's get'r done" to the clean up! I like this change over from the unity candle to the sand - I don't know what it's called, but they had two containers of different colored sand and poured them together and the blend was unique and pretty - what a nice touch. 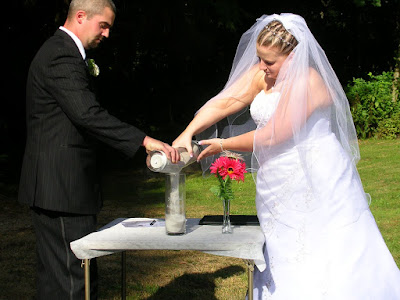 This is a picture of Ron and Joe - they clean up very nicely! 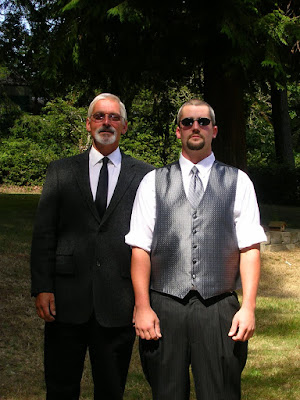 I'm finding my way around facebook finally but I'm thinking I would like to "sound-off" just a bit about it. I find the 'what's on your mind' section good. . . and bad. You can only put in a sentance and I find reading snippets of sentances about the minds of others overwhelming. Then I feel compelled to let all these people know what is on my mind - but my mind is a scary place and I avoid fear at all times, so I have little to add.

I love hearing from my friends and stuff, and facebook lets it all be in one place which is convenient, but I could spend an hour just reading down the page to see what each person is doing; which I think is too time consuming - interaction without the interaction. Not my favorite way of being with others. So, call me and we can talk. Better yet, come and visit, I'll offer coffee.

Have a wonderful day!
Posted by Donna at 7:23 PM 2 comments:

Our home a year later 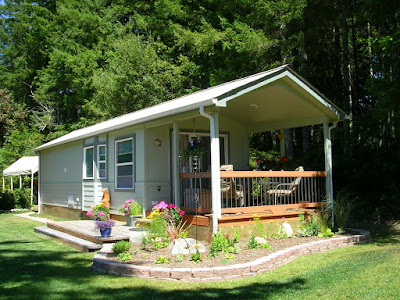 Even though we had lived in this location for a year, to have this house here was so exciting. We did some landscaping and enjoyed where we were. This year, we learned how to keep the deer out of the garden, have saved money on catfood since Molly eats the rabbits that would like to have eaten the garden and we have settled in. 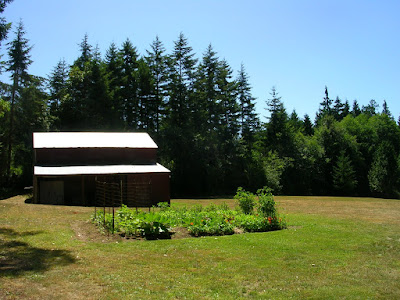 First things first, though, we needed to move in. That was a job - let me tell you. First we had to move our stuff out of the fifth wheel RV we were living in, then we needed to go though storage and see what was really there. Once in the storage unit, we found ourselves asking the question, "and why did we keep this?" Since there was no real reason for the keeping, we had a yard sale. Once we were moved in, we needed to paint - perhaps that should have come first, but we were so excited about moving in! 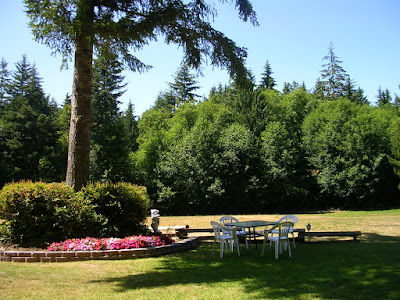 We had trouble with the Dirt King on craigslist, but bought our dirt for more money locally - we got it when we wanted it, not when it was "convenient" to deliver it. Ron spread it and planted grass seed. We decided on one flower bed and set it up, I designed it, spent sometime planning what to plant that would not become overgrown, but could withstand the heat if necessary. 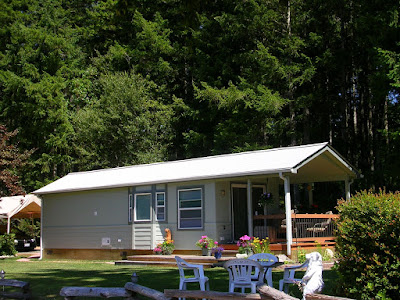 We ended up with two flower beds - no three. Once small one around the ornamental plum tree, one around the only big tree in our front yard, and the one in front of the deck. They are easily maintaned and are very nice. This year, where there were no flowers, I planted impatients but I will fill in the spaces with strawberries.
Thanks for walking with me down memory lane - this was one road without switchbacks!
Posted by Donna at 5:24 PM 1 comment: